Hear My Voice – Why Leaders Struggle to hear Bad News

Hear My Voice – Why Leaders Struggle to hear Bad News

To date, a lot of focus has been placed on analysing the messengers of ‘bad’ news; often those whose quest to be heard results in them having to blow the whistle, often externally.

In this blog, I’d like to flip the focus onto the recipients of ‘bad’ news, most often the leaders within organisations and why they often struggle to listen in order to act on the ‘bad’ news.  Furthermore, what behavioural hot spots are ignited within leaders which lead them to dismiss, silence or worse, victimise and bully the messenger?

Power is typically defined as a disproportionate control over other individuals’ outcomes as a result of the capacity to allocate rewards and administer punishments (e.g., Emerson, 1962; Keltner, Gruenfeld, & Anderson, 2003; Magee & Galinsky, 2008). In contrast, self-perceived competence in those in power refers to perceptions of one’s personal ability to be skilfully influential (e.g., a leader supervising and motivating subordinates, winning new accounts).

Anyone who chronically worries about others’ impressions of them are likely to perceive themselves as lacking in competence, for example ‘‘I am frequently afraid of other people noting my shortcomings’’ and ‘‘I often worry that I will say or do the wrong things” and “I worry my team won’t respect me”.  (see 12-item version of the Fear of Negative Evaluation  (FNE) scale (Leary, 1983) http://www.midss.org/content/brief-fear-negative-evaluation-scale 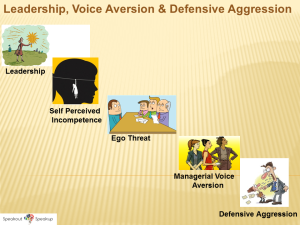 Holding a position of power and influence increases the pressure a leader feels when expected to be competent (Fast, 2009) It stands to reason, then, that leaders who perceive themselves as lacking in competence should feel especially threatened (e.g., a chief executive officer who feels unable to influence a subordinate would likely feel more threatened than a lower-level staff member who also lacks interpersonal influence). This sense of threat leads to an internal state of ego defensiveness which may, in turn, lead to blocking or silencing the messenger with the worst case scenarios resulting in bullying, dismissal, victimisation and/or general aggression.

What is often misunderstood is that an individual 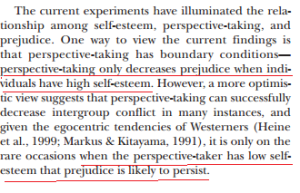 can hold a position of power while simultaneously perceiving oneself to have low competence.  Assumptions are made that people in power require no further affirmations of self-worth.  This is incorrect and an unhelpful bias to adopt.

A leader who acts from self-perceived competence is able to moderate the relationship between power and aggression . 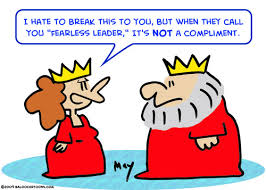 there is a difference between a leaders’ perceived self-worth and a leader in receipt of  flattery. Self-worth boosts can certainly dilute any aggressive tendencies of power holders but I am not implying that the strategy commonly employed by subordinates, excessive flattery, is effective or alike. It is both interesting and ironic to note that such flattery, although perhaps affirming to the leaders ego, may contribute to the incompetent power holder’s ultimate demise—by causing the power holder to lose touch with reality entirely. (Kipnis, 1976).

Whilst there are many subtle and not-so-subtle cues and pressures, both external and internal,  we can learn the skills and strategies to have courageous conversations and to act effectively when delivering and receiving bad news through Social Fitness Training. Read more here: http://www.speakout-speakup.org/#/training